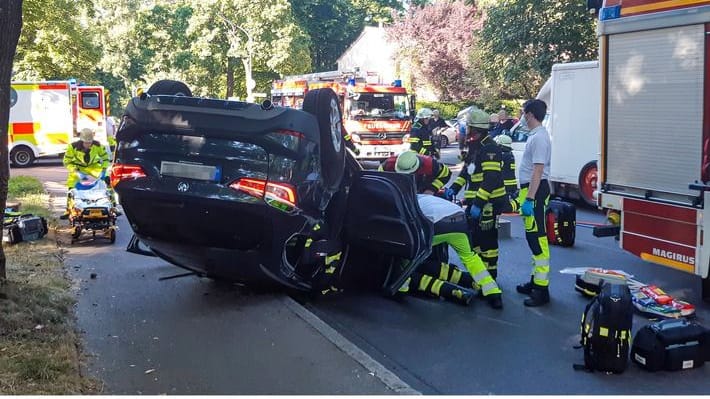 Serious accident in Munich: A 58-year-old woman loses control of her car in Bogenhausen, which overturns.

A 58-year-old woman from Munich was leaving town on Mauerkircherstrasse in Munich on Thursday evening when she suddenly lost control of her car. According to firefighters, she hit a parked SUV and then rolled over with her BMW.

Emergency services had to carefully rescue the 58-year-old man from the car accident. She was then transported to the shock room of a Munich clinic for further care, according to the fire department report.

Traffic was disrupted during the operation. The cause of the accident is still unclear, the police are investigating.