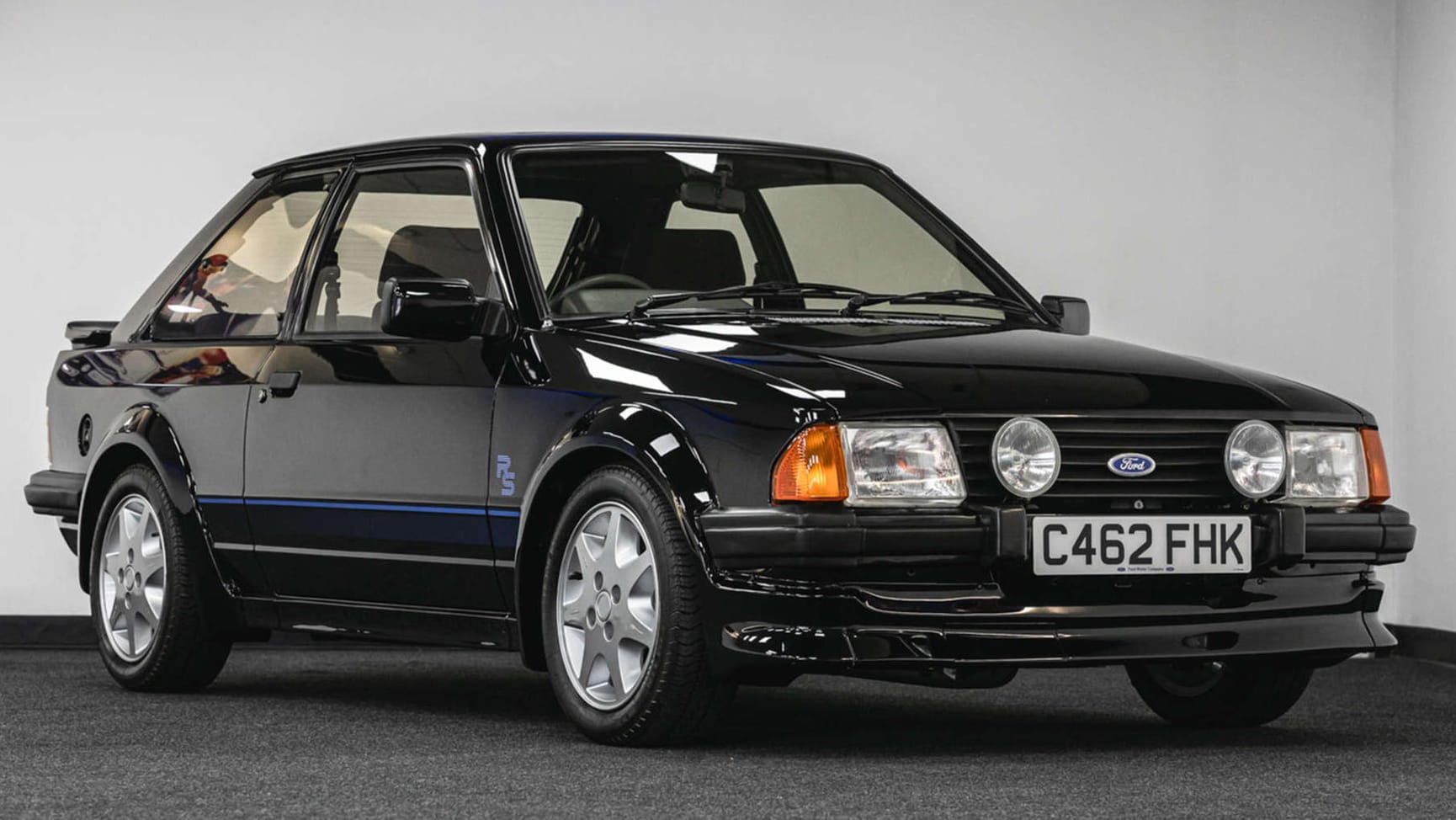 This is not uncommon: in the 1980s, Lady Diana herself preferred to drive through London in a Ford rather than being driven in a sedentary Rolls-Royce – a bit of normalcy in the strict royal daily life. (Source: Silverstone Auctions)

For tech fans: The Escort RS Turbo S1 has a turbocharged inline four-cylinder engine, 132 hp and a five-speed manual gearbox. It manages a top speed of 200 km/h and accelerates to 100 km/h in 8.7 seconds. Equipment includes Recaro sports seats and a digital stopwatch in the cockpit.

Anyway, no other had such a famous pilot. Because in this Ford Lady Diana drove through London in the eighties. The black sports car is said to have been a common sight on the streets of Chelsea and Kensington, London’s swanky neighborhoods.

A bodyguard was always there

However, there were no shopping bags in the passenger seat, but a bodyguard from the London Police Protection Command. That’s why Diana’s escort was the only one with a radio in the glove compartment – and a second interior mirror, especially for the guard.

Lady Diana, Princess of Wales, Queen of Hearts († 36): “She was the brightest star in the sky,” says a former BBC correspondent. Even today, the world is fascinated by his style and elegance – and shocked by the tragedy of his life, which ended horribly 25 years ago.

Unique special equipment: the Escort once had a second interior mirror for the bodyguard and a radio in the glove box. Today, only one cable remains. (Source: Silverstone Auctions)

Diana first drove the Escort in 1985 and last drove it in 1988. Afterwards the car returned to Ford and was driven by a manager’s wife. Since one interior mirror was enough for him, the second is now gone. A cable still reminds us of the radio in the glove box.

The car then passed through various hands until it ended up in a Ford fan’s collection in 2008. Space seems to be tight there now as the car will be auctioned off by the house Silverstone Auctions auction at the end of August.