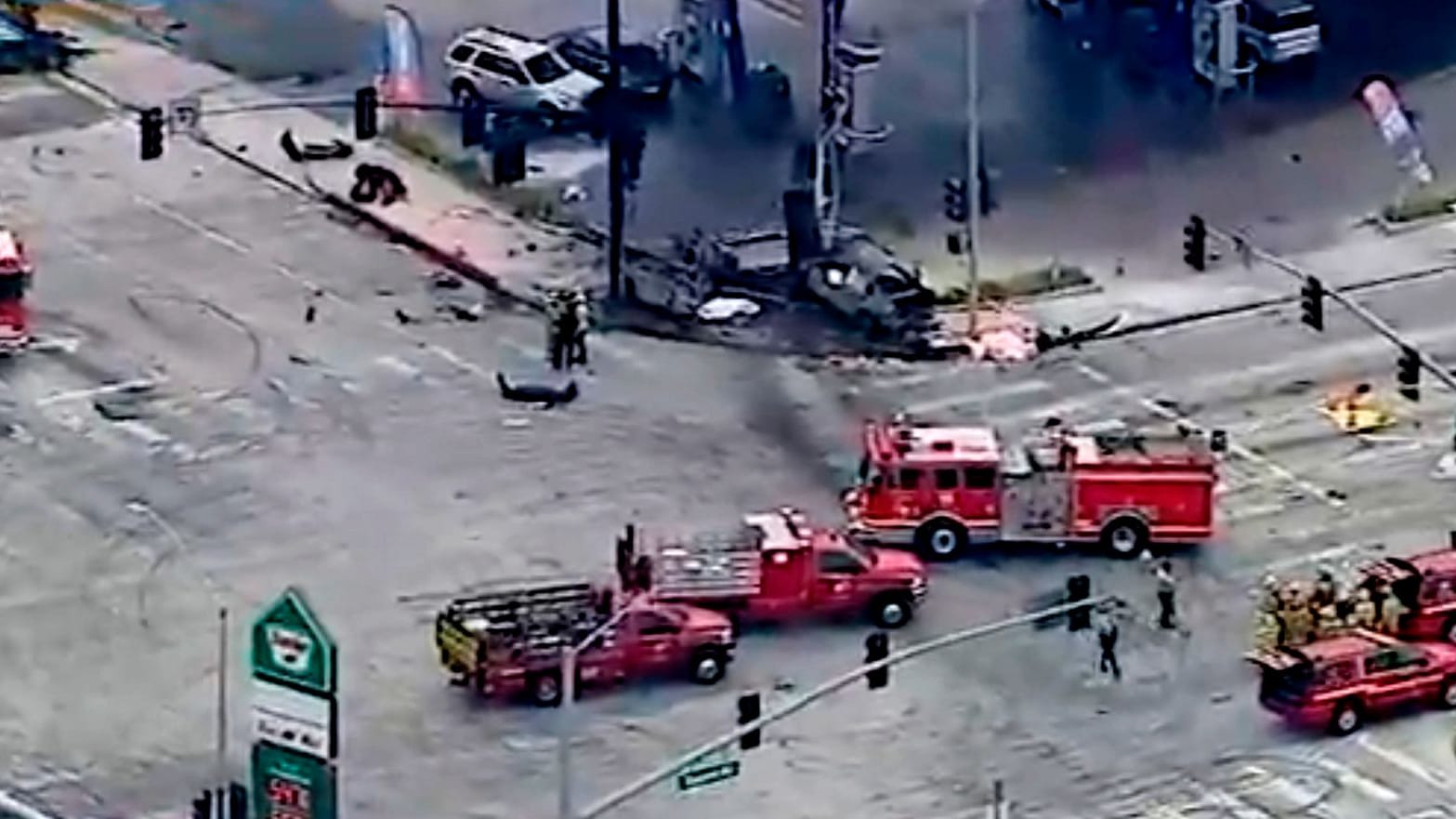 There was a terrible accident near Los Angeles: six people died when a car ran a red light and drove them away.

Several people died in a serious car accident near Los Angeles, the metropolis on the west coast of the United States. At least five people died in the View Park-Windsor Hills incident Thursday (local time) and nine others were injured, the fire department said. Authorities included a pregnant woman and her unborn child. Another person was later found dead in a car crash, local media reported.

“It almost looks like a war zone,” a local police officer told reporters. Surveillance video released by US media shows a car rushing through an intersection at a red light, taking several vehicles with it. Some immediately caught fire.

According to initial investigations, the driver of the car survived the accident. It is a 40-year-old woman, reports “CBS Los Angeles”. It is not known whether it was drugs or alcohol. Police said eight of the injured were taken to hospital with minor injuries, including six children and teenagers.